For quite some time now, I had been totally ignorant of my sligtly blurred view of the world. I considered as normal  the soft rounded edges of everyday objects, the pale hazy light that bathed my days, and the flickering letters on the television screen that involuntarily brought about a frown as I tried to read them. I had never been modest about my eyesight; boasted openly about the ability to withstand years and years of reading late into the night under inadequate lighting, and that too with eyes that weren’t fortified with the recommended dietary allowance of vitamin A (being a vegetarian who hates vegetables). My delusion shattered only a week ago while waiting at the airport when I could no longer read the flight schedules displayed merely a couple of metres away.  Instant panic. Outcome: Splurging on a pair of geeky glasses that appealed to the reader in me. And while at it, I decided to chop off my hair too. Weirdly liberating, no more distress over styling them and making sure they behave. Starting off autumn with a completely new look which disturbingly correlates with my childhood fascination for Winona Ryder! 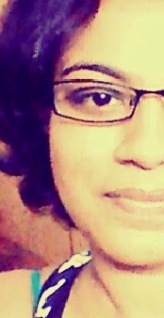 ……………………..
Home for a week. Back among my books. Insane conversations and convulsive laughter. Food I grew up eating. Familiar horizons. Cloudy skies. Long nights. Lazy afternoons where nothing much happens. The beauty of it. Midnight drives. Music. Sleep. Books. Sunrises. Cuddles. Getting used to the subtle changes that can occur in a span of three months. The small corner shop no longer sells the delicious homemade bamboo pickles. The baby next door is no longer adorable but a monster of a toddler who pees on my new sandals for fun. The joy of financial independence, the comfort of ticking off ‘save for a rainy day’ or similar sayings from the to do list. Falling in love with gutsy Canadian female authors who have mastered the difficult art of keeping a story short yet detailed; Munro, Mavis Gallant, Joyce C. Oates. Nightly escapes into Studio Ghibli landscapes. Erasing a decade long love, and trying to be nonchalant about it. ‘Happens all the time’. Songs and books about unrequited love reaffirm how common this malady this; unifying us, the moon-gazing insomniacs, the poetry-spewing loners. Reason and logic applauds my attempts to avoid love: old and new. And yet, wildly flattered against my better judgement by the quiet and undivided attention of a boy who strategically places himself at my frequent haunts and does nothing more than look up everytime I arrive with a gaze so tender and engaging that I can’t but momentarily forget my resolve not to meddle with the matters of the heart for a long time to come. Sigh, what can one do! *not suppressing a laugh here*
………………
The night before I was leaving for home, I greedingly (and hurriedly) borrowed a few dozen movies from my batchmate and loaded them on my laptop. Day 1 at home: Watched alone the Three Colours series movies. Day 2: Watched Malena with a friend. Gasped, fumed, cried, sighed. Day 3: My little cousin wanted to watch a fun, animation movie. I scrolled down the list of new movies and came upon one that said “Human Centipede” and immediately conjured up the image of lovely hand drawn cartoons depicting the story of maybe an arrogant prince cursed to be a centipede until he gathers a motley of oddball friends, fights a dragon, rescues a princess and transforms by the kiss of true love. The entire (potential) story flashed through my mind in a matter of seconds and I smirked inwardly at the lack of originality in choosing a movie title. I summoned my little cousin to sit beside me, opened a pack of tomato flavored chips and bursting with naivete and in full confidence of my infalliable judgement of movie titles, dear reader, I clicked on the movie link. Unspeakable horror! Something died in me that day, something that can only occur when you reach the pitch black bottom of the well of utter shame. Lessons learnt: 1. Never predict a movie’s content by its title. 2. I will continue to surprise myself by reaching new depths of embarrassment owing to my innate impulsiveness.
…………
Night after night after night, a fragment of you always drifts in; momentarily peaking an old urge, an old love; and then fades away into the nooks and crannies of locked up thoughts. Just a flicker of what never was.
……..
A cure for my Sunday evening blues: Read Dorothy Parker. Augment it with a Madonna song from the 80s. Pasta. Welcome interruption by a long telephone call by a friend who has seen up close the entire spectrum of things that I can mess up and yet stands by me,  merrily chatters on, fitting in an hour-long conversation topics as diverse as Modi at Madison, Huntington disease, boob sweat, farting co-workers, mutual funds investment, the pros and cons of wearing polka dots on a date, planning itinerary for a ‘someday’ trip to Paris, the joy of reading books about books, autospell horrors and if time permits, maybe that thing called love. Followed by some writing-a long overdue letter, a blog post, journal entry, a haiku maybe; the content becomes immaterial for a while, the joy is in writing itself, letting the words take shape on a clean, blank page and see where it leads you.
………………
You’ve just read a post from ‘Dialect Of Heart’. Kindly consider leaving a comment.

This site uses Akismet to reduce spam. Learn how your comment data is processed.